Superman The Movie And The Gift Of Flight

Sure Star Wars: The Last Jedi opens in theaters today (I am excited to see it on Sunday) but I would be remiss if I did not acknowledge the other reason this date is special to this self proclaimed fanboy..... 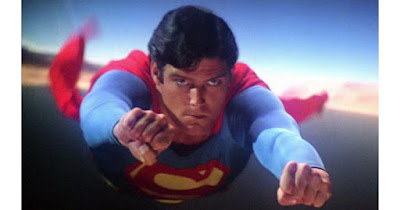 39 years ago today Richard Donner's Superman The Movie opened in theaters--and the "modern" superhero film genre was born. While I would not see the film for another 8 months--I remember that special day Like It Was Yesterday.

The picture gave me a love for cinema and put me on a path--that shaped my life and influences me to this very day--indeed TLR and all of its permutations on social media would have never came to be without the 1978 classic. I am thrilled that the film--along with a few other favorites of mine--was recently added to the National Film Registry!! Beats me why it took them so long but better late than never.

The film's late great writer Tom Mankiewicz Talks Superman....and then read Superman-The Movie: The Inside Story according to Donner....

Here composer John Williams conducts the Boston Pops playing the rousing theme that he wrote for the film.