She played Kitty Pryde in "X-Men: The Last Stand," she'll play her again in the upcoming "X-Men: Days of Future Past"--Now actress Ellen Page tells Vulture that she'd be happy to play her again… especially if writer/director Joss Whedon asked her to suit up. 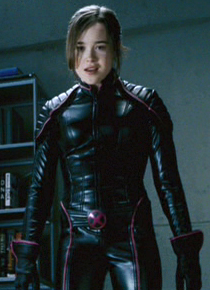 Whedon suggested the idea of a Kitty spinoff movie starring Page back in 2009, but the studio wasn't interested. Should he ever come back to that idea (considering his other Marvel commitments--the chances are very slim), Still, Page says she'd be "so thrilled" to do it.

"Well, I’m available! [Laughs.] I love that. Kitty Pryde’s awesome. I’m super grateful to be the actress who’s gotten to be her, and you only desperately hope that the true fans who have a right to demand what they want and who have been passionate about these stories for a really long time, that you can pull it off for them. I would be so thrilled to play Kitty Pryde again. I really would."

It's funny hearing her say this now when she almost passed on the role for being "too big" way back when.