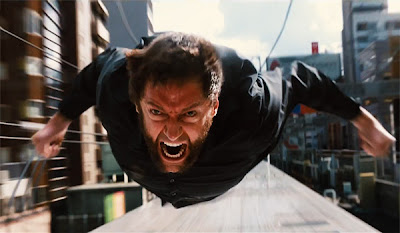 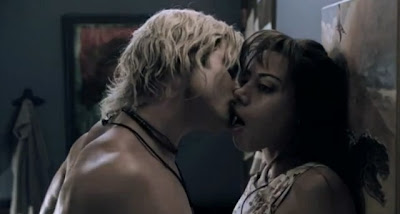 20th Century Fox's The Wolverine -- the summer's final superhero pic -- should enjoy a solid opening at the box office this weekend, ending a dismal run of big-budget disappointments.

Pre-release tracking shows the movie opening in the $65 million-plus range domestically. It is tracking even stronger overseas, where it is rolling out in a slew of markets coinciding with its North American launch.

With Hugh Jackman returning in the title role, Wolverine was directed by James Mangold (the two worked together previously on the 2001 romantic adventure Kate & Leopold). The film opens four years after X-Men spinoff X-Men Origins: Wolverine played in theaters, opening to $85.1 million in early May and grossing $373.1 million worldwide.

Wolverine's long-term outcome should be boosted by strong reviews; X-Men Origins was roundly bashed by critics.

Set sometime after the events of X-Men: The Last Stand, Logan (Jackman) has renounced his superhero powers and is living as a recluse in the Yukon. However, he's drawn back into the world when a Japanese man he once saved requests to become immortal. He also asks that Logan protect his granddaugther.

Fox spent between $110 million and $120 million on Wolverine, a fairly reasonable number for a superhero pic.

Wolverine is the only new major release this weekend. There is, however, a flurry of activity at the specialty box office, including the launch of Woody Allen's Blue Jasmine is six theaters in New York and Los Angeles. Sony Pictures Classics, Allen's longtime distribution partner, is releasing the film in the U.S.

CBS Films' raunchy comedy The To Do List, starring Aubrey Plaza, also opens in 591 theaters. The $1.5 million film is expected to do $2 million for the weekend.

Fox Searchlight's The Way, Way Back, starring Steve Carell, Toni Colette and Sam Rockwell, expands from 304 theaters into more than 800. Directed by Nat Faxon and Jim Rash, who wrote the script for The Descendants, the pic has earned a strong $4.6 million to date.

Fruitvale, from The Weinstein Co., expands from 34 theaters into more than 1,000 in its third weekend after earning $1.3 million. The critically acclaimed film is prospering in both arthouse and African-American theaters and recounts the real-life shooting of an unarmed young black man by a BART police officer in Oakland. The film has drawn numerous parallels to the Trayvon Martin case.
Posted by Tom @ 12:00 AM