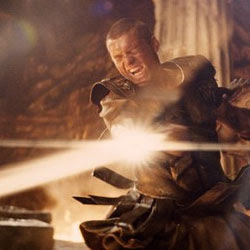 Liebesman was a candidate back in June to replace Louis Leterrier but money and the negative perception of the first film dragged negotiations out.

The film which will be shot in 3D with the studio wanting a January start.

Sam Worthington and Gemma Arterton are expected to return as the film's stars.
Posted by Tom @ 11:39 AM